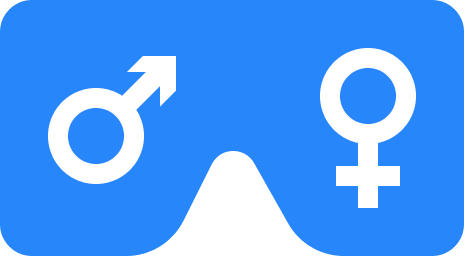 
The Augmented and Virtual Reality markets have been booming for the last decade, and this trend is projected to continue well into the future. While the XR market was valued at $14.84 billion in 2020, it’s projected to hit $454.73 billion by 2030. That is an unbelievable CAGR of 40.7% year-to-year.


Video games today are much more interactive than their predecessors. And players can completely immerse their senses into their characters for the ultimate experience. Developers are using Extended Reality to create realistic audiovisual environments to capture the players’ senses. And the experience is all set to revolutionize the video gaming industry once and for all.

The immersion VR provides for gamers can also be said for adult entertainment. With the inclusion of sex machines and toys, VR is fertile ground for an immersive sex experience.

AR/VR technology plays a vital role in defense and manufacturing too. Since battle tanks have limited visibility, AR-based headset-mounted displays with 360-degree cameras are being developed to offer the crew a complete horizontal view of the surroundings. With the help of 4x zoom and night vision, personnel can safely navigate through rough terrain and weather conditions, increasing survivability.

How Does Revolutionary Technology Gain Popularity?


Large enterprises are projected to incorporate AR and VR into their daily operations, with the automotive, manufacturing, healthcare, and retail industries leading the race. Based on current estimates, the consumer segment will expand massively, while the enterprise segment will proliferate due to intense research and rapid adoption across industries, forming a positive feedback loop.

Trends and Predictions for VR Market


Now that you know the present VR market, let’s walk you through the top trends and predictions for the future.


Artificial Intelligence plays a significant role in modern technology. With the introduction of AR/VR, developers explore the possibilities of AI commercial use. Massive developments are currently underway to determine how AI methodologies like advanced machine learning can aid computers in creating and interpreting visualizations.

An interesting option is the use of AI in VR sex. An AI with a CGI model can be incorporated into a VR experience to open up venues for adult entertainment. This technology, coupled with devices like haptic gloves, expands user options to interact with the model and receive feedback, as opposed to just watching the performer.

A rise in Digital Avatars


Virtual celebrities like Brud’s Lil Miquela and Activ8’s Kizuna Al do not need an intro. These fictional characters became digital influencers, and their market potential is projected to boom in the coming years. Entrepreneurs and marketers can incorporate these avatars into their business processes to attract customers and aid in-store navigation.


Self-driving cars are in vogue, and people can’t wait to get their hands on them. However, the technology is still nascent, and automobile manufacturers are looking at ways to improve drivability and safety. With the help of XR technology, automotive leaders can redefine how we travel in the near future.


As the demand for VR headsets rises, manufacturers are looking for better quality displays capable of magnifying the smallest detail. High-powered display technology capable of magnifying images without pixelating or straining your eyes is the need of the hour. And efforts are being made to discover new and more capable displays for future gadgets.


The future of AR/VR looks bright as developers relentlessly innovate ways to deliver immersive experiences. With XR gadgets getting affordable, a platform shift is inevitable. At this pace, the world could soon witness XR glasses with LTE abilities that can double up as a smartphone.

This is just a tiny part of what XR technology is capable of. VR and AR advancements are projected to revolutionize how the world works today, which isn’t an exaggeration. Experts believe the VR revolution isn’t far, and we could witness a massive shift in how industries operate in the next five years.